The Goetia of Senate House by Magick Concrète.

Magick Concrete are delighted to be contributing to Sarah Sparkes' Magical Library "The Ghosts of Senate House"  at the Bloomsbury Festival.

For more details on the Magical Library 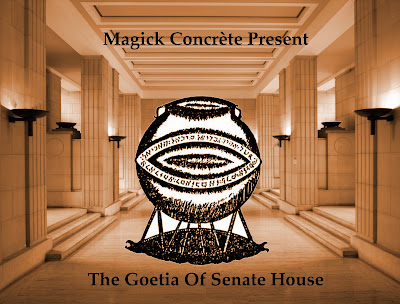 Celebrated psychical researcher, expert amateur conjurer and paper bag salesman Harry Price, left his library of Magical literature to the University of London on his death in 1948. Artist Sarah Sparkes has been researching the Price bequest and is creating her own "Magical library" for the 21st Century.

Phase one of the Magical Library, "The Ghosts of Senate House" is a collection of specially created writings, recordings and artworks documenting ghosts and other apocryphal stories emanating from Senate House and its immediate surrounds.

The third installment from Magick Concrète is a radical departure from the first two pieces. Taking recordings from this year's Straw Bear festival, we have deconstructed the sounds of Morris Dancing Sides, and the music accompanying the main march. What results is a stripped down piece of Pagan Techno. 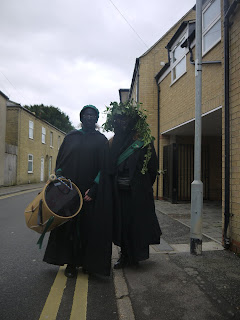 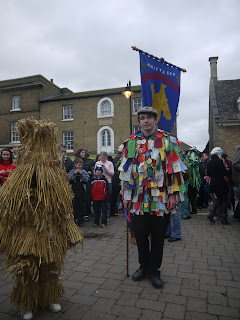 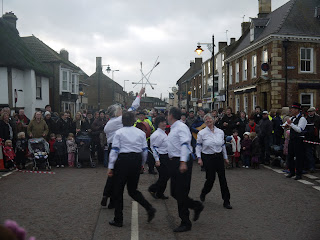 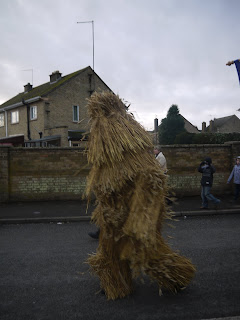 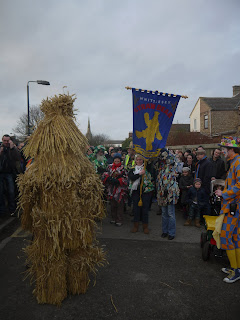 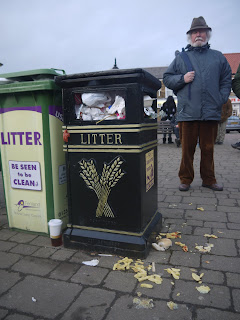 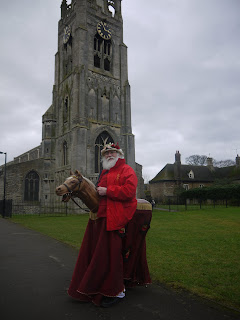 Cult Of The Black Goddess 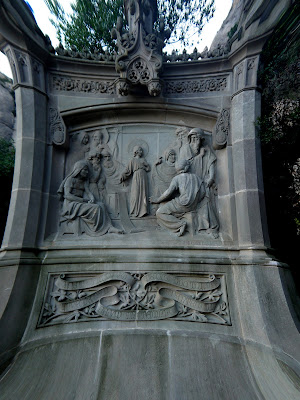 Cult Of The Black Goddess is composed from recordings taken at the mountain monastery of Montserrat, near Barcelona. There are two sound sources that have been manipulated through MISTY: the  Boys' choir singing The Virolai, and the Christmas Day Mass (played backwards). The Virolai is the anthem of the Black Madonna, venerated at Montserrat. It begins with the words "April rose, dusky lady of the mountain chain". We are reifying this track on the Feast of Imbolc (1st February). Imbolc belongs to St. Brigid, one of the aspects of the Triple Goddess. Also known as Candlemas, the day has long been celebrated as The Feast of Purification of The Virgin. 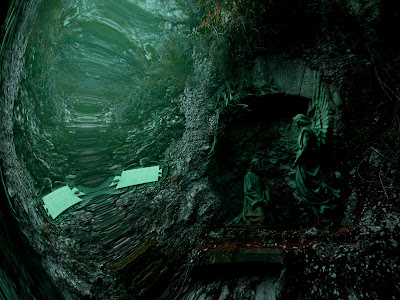 The Black Madonna at Monsterrat is one of the oldest such statues in Europe and Montserrat itself has been imagined as the location of the Holy Grail in the Romantic vision of Goethe. Ean Begg's gazetteer The Cult Of The Black Virgin mythopoetically proposes a lineage with Egyptian Goddess Isis. This imaginal thread derives from Robert Graves' lesser known essay "Intimations Of The Black Goddess", written in 1963, a fascinating epilogue to his magnum opus, The White Goddess. 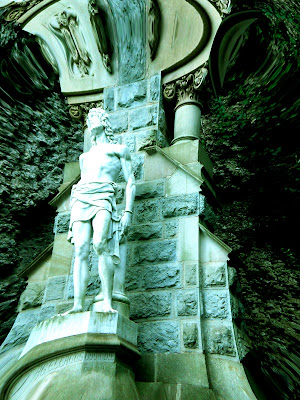 In this essay, Graves begins by recapitulating the theme of poetic enslavement to the muse, and illustrates, through fragments of verse, the mythic ordeals that the poet must undergo. But as the essay develops, Graves introduces the notion of the Black Goddess, in a sense a maturation of the Triple Muse.  He suggests the Provencal and Sicilian 'Black Virgins' were so named because they derive from an ancient tradition of Wisdom as Blackness. As such the Black Goddess represents,
'a miraculous certitude in love, ordained that the poet who seeks her must pass uncomplaining through all the passionate ordeals to which the White Goddess may subject him.'
Graves proposes a sufic origin to the statues, suggesting,
'throughout the Orient, Night was regarded as a positive power, not as a mere absence of daylight; and Black as a prime colour, not as absence of colour, was prized for capturing the Sun's virtue more than any other.'
The essay makes the enigmatic hint that,
'the Black Goddess is so far hardly more than a word of hope whispered among those who have served their apprenticeship to the White Goddess. She promises a new pacific bond between men and women, corresponding to a final reality of love, in which the patriarchal marriage bond will fade away.'
As a side note, James Hillman in Re-visioning Psychology proposes a similar voyage of the soul, from the initial encounter with Psyche which is always via the anima to a more sophian relationship with oneself based on wisdom. 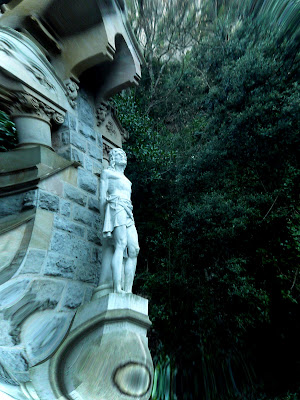 Perhaps this is the core to apprehending the cult of the black virgin, as some kind of soul journey, in understanding the imagination. We must overcome the torturous ability to convince ourselves that the muse may disappear to finally recognize, with concrete certitude, that the imagination is an ever present science. Science in its purest sense, derived from the Latin scienta, to understand.
As Graves concludes,
'Poets, at any rate will no longer be bullied into false complacency by the submissive sweetness of Vesta, or be dependent on the unpredictable vagaries of Anatha-Ishtar-Eurydice.' 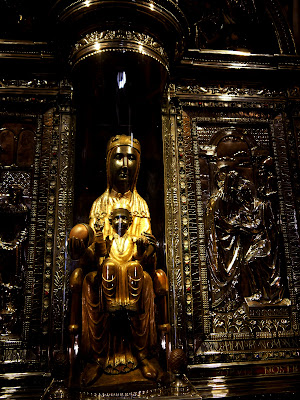 Download Cult Of The Black Goddess
Posted by Dr. Champagne at 3:23 AM 2 comments:

The Hindus called an aeon or age a "Manvantara" or "Manifestation." They tell us of the day of Brahm, when there is a Manvantara, when Brahm objectivizes himself, and a night of Brahm, when the Manvantara ends, all manifestation ceases, and the objective becomes subjective, disappearing into the Absolute; to be followed as it had been preceded, by other days and nights of Brahm.
- W.E. Copeland, in "The Path"  (1895).
Magick Concrète is a collaboration between Andy Sharp (English Heretic) and Mark Pilkington (Strange Attractor).
Essentially, an extended conceit, magick concrète is a word play on  "real music" - reel-to-reel magic. Combining interactive pilgrimage, with  the subsequent and ceremonial manipulation of found sounds, images and narratives.  The intention is to encapsulate each voyage into a ritual, theatrical and hyper-realised recapitulation - reifications or manifestations, to borrow Dali's dictum: handmade imaginal documentaries of the concrete irrational. 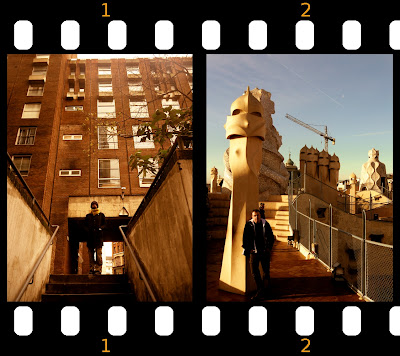 Posted by Dr. Champagne at 5:35 AM No comments:

In Adoration Of The Black Madonna At Montserrat 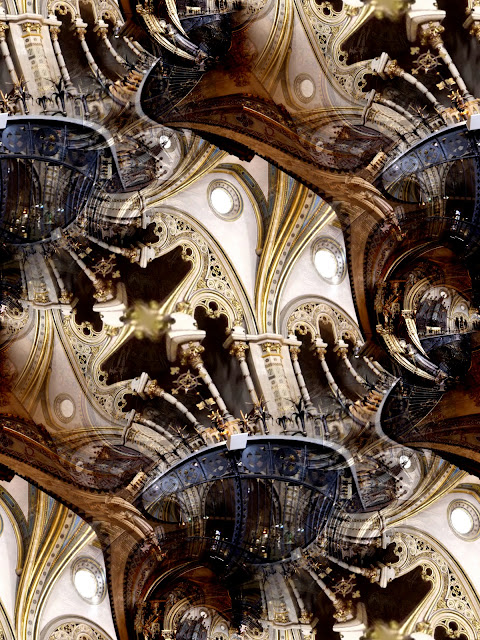 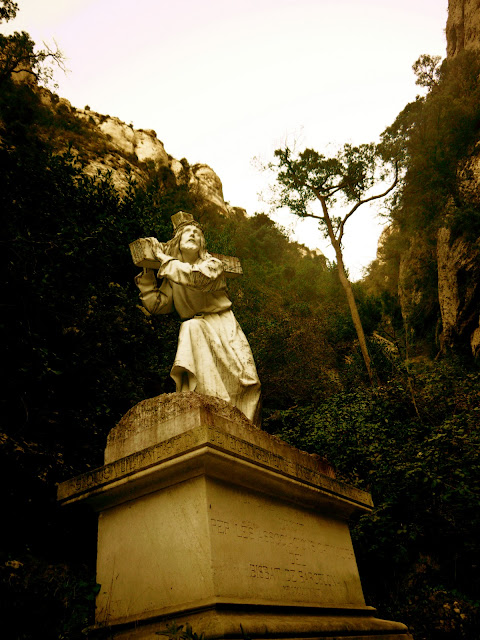 The next reification will be composed from the sounds of the choir at Montserrat, recorded on Christmas day, 2010.
Posted by Dr. Champagne at 12:41 PM No comments: